Joe Simonelli retired as a Colonel from the Army, where he served for 30 years in positions that ranged in levels from tactical to senior Department of Defense, in areas of human resources, procurement, policy, city management and legislative affairs. In his last three years in uniform he served as the Chief of Staff of Arlington National Cemetery.

Joe’s work with numerous Veteran Service Organizations (VSO) and Military Service Organizations (MSO) in supporting the military, veterans, and their families has made him an acknowledged—and passionate—expert in veterans’ affairs. He understands and values the relationship between military and civilian communities, striving to build close relationships. He is often sought after for his advice and assistance regarding care for veterans and their families.

Joe holds a Bachelor of Science degree in Computer Science from West Point, a Master of Arts degree in Human Resources from Webster University, and a Master of Science degree in National Security Strategies from the National Defense University, National War College. He is also a graduate of the Massachusetts Institute of Technology Seminar XXI Fellowship program. He recently graduated from Leadership Arlington, a program of Leadership Center of Excellence in Arlington, Virginia.

In addition to an extremely successful military career, Joe has had the privilege of serving in distinguished positions in not-for-profit organizations: 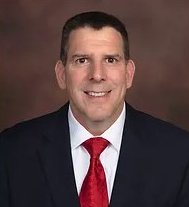