Terron Sims, II is the Senior Partner and founder of Doug Pollard, LLC. He is on the Board of Principals for the Truman National Security Project and a member of the American Council on Germany. In 2014, Governor Terry McAuliffe appointed Terron to serve on the Virginia Military Advisory Council.

Mr. Sims  is a graduate of the United States Military Academy at West Point. While deployed in Iraq (May 2003 – July 2004), Mr. Sims established and mentored the government of Baghdad’s Tisa Nissan District, where he served as a liaison officer to the CPA and the United Nations, and was the Wasit Province’s primary military liaison officer.

His final Army assignment was supervising and designing a $29 Million dollar real-world fighting village for the Joint Readiness Training Center.

As a civilian, Terron Sims has worked for Army G3/5/7 Current Operations Center – tasking MACOMs to support MNC-I, MNF-I, SOCCENT operations for its HQ, Arabian Peninsula, the Horn of Africa, and SW Asia, GTMO, JTFB, JTF-HOA, and various OCONUS and CONUS operations. Terron also worked for the Army ACSIM (Assistant Chief of Staff for Installation Management), where he developed and managed the system that streamlines the Army’s instillation requirements budget validation process, and led a team that developed DoD’s Sexual Assault Incident Database.

In 2008 and 2012, he was Director of Virginia Veterans and Military Families (VMF) for Obama and served on the defense and veterans policy teams, where he wrote “The Service Member Life Insurance Policy”. Mr. Sims was an official surrogate on national security and veteran and military family issues.

At the 2008 and 2012 Democratic National Convention, Terron Sims  was featured in Steven Spielberg’s veterans’ tribute video.

In 2010, Mr. Sims wrote the Democratic National Committee’s Veterans and Military Families candidates’ platform, which is used in federal campaigns nationwide. And, in 2013, did the same for the UK’s Labour Party, as well as crafting its national security platform.

Terron Sims has published two novels, “With Honor In Hand” and “Hands of Honor”, and has written his third novel, “For Hands to Honor”, along with his Iraq memoirs, “Baghdad Peace”. He also writes articles surrounding veterans and military family issues and national security.

Mr. Sims regularly tutors and mentors young people in Arlington and is an education and community activist throughout northern Virginia. 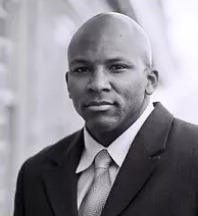